Holding the title of North Queensland’s oldest town, Bowen has a long, colourful history. The Bowen Courthouse also has a wonderful history which we will touch on briefly in this blog, enjoy!

Bowen’s first courthouse was constructed in late 1860 to accommodate the Police Magistrates Court. Despite only being intended as a temporary solution, the courthouse remained in use for over 20 years.

As Bowen was declared a District Court circuit town in 1865 and the Northern Supreme Court in 1874, a new courthouse was constructed in 1881 on the corner of Herbert and Williams Streets. Since its construction, the building has housed the Northern Supreme Court, Bowen Post Office, Government offices, as well as accommodating Judges, court officers and Government officials.

The 1881 courthouse is listed on the Queensland Heritage Register, as well as by the National Trust of Queensland and the Australian Heritage Commission. It was refurbished in 2006 and continues to house the District and Magistrates Court today.

Recognising the rapid development of Northern Queensland, due largely to the discovery of gold, the Supreme Court Act 1874 increased the number of Supreme Court Judges in Queensland to four, and directed that one would reside in Bowen as the Northern Judge. The Bowen Supreme Court was formally opened before Mr Justice Edmund Sheppard on 21 October 1874.

The courthouse continues to house the District and Magistrates Court today, despite the Northern Supreme Court being transferred to Townsville in 1889.

The Queensland Government undertook a $4million refurbishment of the courthouse and its facilities in late 2004.  The Courthouse upgrade included installation of an additional courtroom, a lift, a closed-circuit television and videoconferencing technology.  The work was completed in late 2006.

Thank you to the Sir Harry Gibbs Legal Heritage Centre for the information provided in this article. 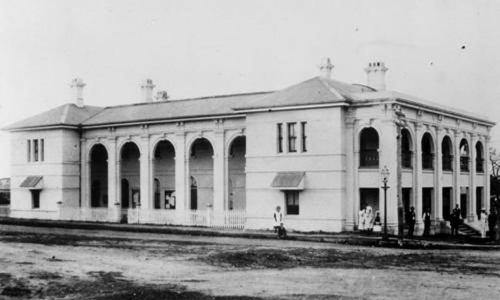 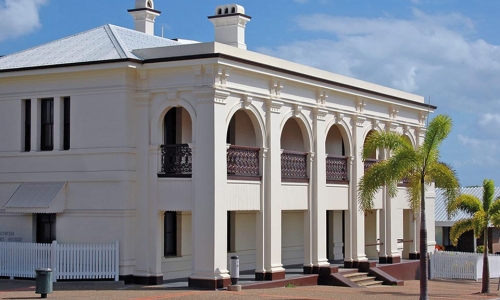 Enjoy our relaxed and friendly park located at the top of the beautiful Whitsundays.

Monday to Sunday 8am to 6pm 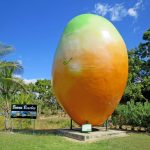 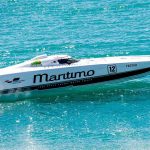